Islam : How to Perform Wudoo?

Manner of Performing the partial Ablution (Wudoo’) Performing wudoo’, and purification for that matter, is one of the best and most exalted deeds because of which Allah forgives one’s sins. As the Prophet said, “When a Muslim servant [of Allah] washes his face [in the course of performing wudoo], every sin he has committed with his eyes is washed away from his face along with the water; when he washes his hands, every sin his hands have committed is washed away from his hands with the water; when he washes his feet, every sin towards which his feet have walked is washed away with water, with the result that he comes out cleansed of all sins.”(Saheeh Muslim: 244)

If a Muslim wants to perform wudoo’, he intends to do so for the purpose of offering the prayer but without making a verbal declaration, for the intention is a condition for all acts in Islam. The Prophet ﷺ said, “Actions are but by intentions.” (Saheeh Al-Bukhaaree: 1;Saheeh Muslim: 1907) Then he starts the ablution, washing each part in a continuous manner, without long intervals and in the following sequenc 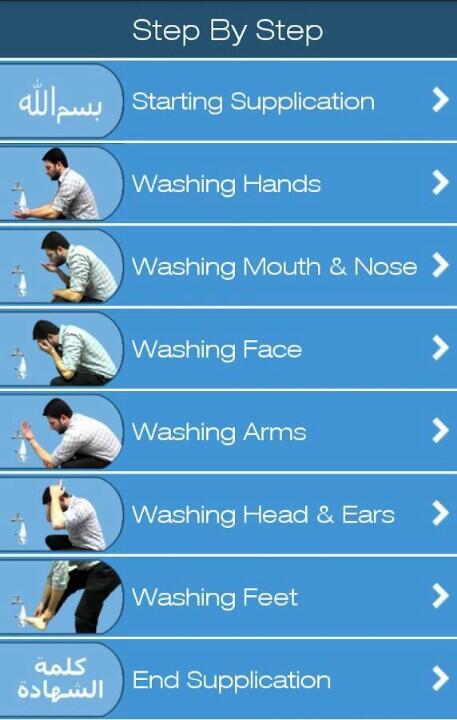