The Position of Good Character in Islam

The Position of Good Character in Islam

Allah ﷻ says, “It is He who raised up among the unlettered [Arabs] a Messenger from them to recite His verses to them and purify them and teach them the Book and Wisdom, even though before that they were clearly misguided.” (Soorat Al-Jumu‛ah, 62:2) This verse reveals one of the favours Allah ﷻ has bestowed on the believers, stating that He has sent them His Messenger, Muhammad ﷺ, to teach them the Qur’an and to purify them. Purification can only be attained by purging one’s heart from such imperfections as associating others with Allah in worship, having bad moral character like hatred and jealousy and ridding one’s speech and deeds of all forms of evil practices. The Prophet ﷺ once declared, “I have been sent to perfect noble character.” (Sunan Al-Bayhaqee: 21301) This statement makes it clear that one of the reasons behind the Prophet’s mission was to elevate and perfect the moral character of the individual and society at large.

Perfection of noble character was one of the most important objectives of the Prophet’s mission. When asked about the best of the believers, the Prophet ﷺ replied, “They are those who have the best character and manners.” (Sunan At-Tirmidhee: 1162; Sunan Abu Daawood: 4682)
In fact, the Qur’an uses the comprehensive Arabic word birr to refer to faith. As the Qur’an states, “Righteousness (birr) does not lie in turning your faces [during prayer] to the East or to the West. Rather, those with true devoutness are the ones who believe in Allah, the Last Day, the angels, the Book and the Prophets…” (Soorat Al-Baqarah, 2:177) The word birr is a rather comprehensive term which includes all forms of righteousness, in word and deed. It is for this reason that the Prophet ﷺ said, “Righteousness (birr) is good character.” (Saheeh Muslim: 2553)
This becomes clear in the Prophet’s declaration: “Faith (eemaan) has sixty odd branches. The uppermost of all these is the Testimony of Faith: Laa ilaaha illallaah (There is no god worthy of worship except Allah) while the least of them is the removal of a harmful object from the road. Shyness is a branch of faith.” (Saheeh Muslim: 35)

Every time Allah commands the believers to perform an act of worship, He draws their attention to its moral significance or its positive effect on the individual and society. Examples of this are numerous and include the following:
The Prayer: “Establish the prayer, for the prayer restrains from shameful and unjust deeds.” (Soorat Al-‛Ankaboot, 29:45).
The Obligatory Charity Payment (Zakaat): “Take zakaat from their wealth to purify and cleanse themwith it.” (Soorat At-Tawbah: 9:103) Besides showing kindness and giving comfort to people, zakaat refines benefactor’s character and purges it from evil practices.
Fasting: O You who believe, fasting has been prescribed for you just as it was prescribed for those before you, so that you may remain conscious of Allah.” (Soorat Al-Baqarah: 183) This verse makes it abundantly clear that the foremost objective of fasting is to realise consciousness of Allah by obeying His commands and avoiding all words and deeds He has prohibited. As the Prophet ﷺ said, “ Whoever does not abandon false speech and false conduct, then Allah has no need of his abandoning of food and drink.” (Saheeh Al-Bukhaaree: 1804) Therefore, if fasting fails to effect a change in one’s character and dealings with others, it will by no means serve its real purpose.

Good character is one of the meritorious deeds in the sight of Allah and serves to give us a sense of inner fulfilment and happiness. 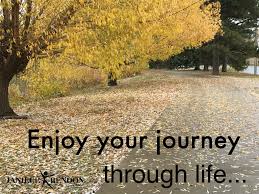 Noble character in Islam is characterised by unique qualities which distinguish it from all other faiths, including the following

Almighty Allah has made people into different shapes, colours and languages. They are all equal in His sight, and no one has an advantage over another except in piety and noble conduct, as the Qur’an states, “O mankind, We have created you of a male and a female, and made you into nations and tribes that you may know one another; verily, the most honourable of you, in the sight of Allah, are the most pious of you.” (Soorat Al-Hujuraat, 49:13)
Indeed, noble character characterises Muslims’ relationship with all members of society: There is no difference whatsoever between rich and poor, black and white, Arab and non-Arab, or a prince and a pauper.

How to Treat Non-Muslims

Allah ﷻ commands us to show kindness and courtesy to everyone without exception, for justice, kindness and mercy are aspects of good character which a Muslim observes in his words and deeds with Muslims and non-Muslims alike. A Muslim ought to embody good character traits as a means to call others to this great religion of Islam.
The Qur’an says, “Allah does not forbid you from being good to those who have not fought you on account of your religion or driven you from your homes, or from being just towards them. Allah loves those who are just.” (Soorat Al-Mumtahinah, 60:8)
Allah only forbids us to make friends with those belligerent non-Muslims who fight us because of our religion. He also forbids us to admire their way of life which clearly upholds unbelief and polytheist practices, as the Qur’an states, “Allah only forbids you respecting those who made war upon you on account of [your] religion, and drove you forth from your homes and backed up [others] in your expulsion, that you make friends with them. Whoever takes them for friends are wrongdoers.” (Soorat Al-Mumtahinah, 60:9)

A Muslim always maintains high moral standards when dealing with people regardless of their religion or race. The Prophet ﷺ once mentioned that a woman deserved punishment in Hellfire because of a cat that she had restrained and left it to starve to death. He also mentioned the story of a man whom Allah had forgiven after giving a thirsty dog some water to drink: “A woman entered Hellfire because of a cat which she had tied, neither giving it food nor setting it free to eat from the vermin of the earth.”(Saheeh Al-Bukhaaree: 3140; Saheeh Muslim: 2619)
He also said, “While a man was walking along a road, he became very thirsty and he found a well. He lowered himself into the well, drank and came out. Then he saw a dog panting and eating mud because of excessive thirst. The man said,‘This dog has become exhausted from thirst in the same way as I.’ He lowered himself into the well again and filled his shoe with water and gave the dog some water to drink. Allah thanked him for his good deed and forgave him.” The people asked, “Messenger of Allah! Is there a reward for us in serving these animals?” “Yes,” he replied, “There is a reward for serving every living thing.” (Saheeh Al-Bukhaaree: 5663; Saheeh Muslim: 2244).

Preservation of the environment

Islam urges its adherents to safeguard the environment. Islam instructs us to make the world a better place by utilising theearth’s natural resources to build a civilization and engage in development and production for the general welfare of mankind, while at the same time trying to preserve such resources and prevent others from abusing or unnecessarily wasting them. Corruption in all its forms and by whatever means it may be caused is frowned upon in Islam and abhorred to the Creator Himself, as the Qur’an states, “Allah does not like corruption.” (Soorat Al-Baqarah, 2:205)
In fact, Islam is so concerned about this issue that it goes as far as to direct its adherents to do righteous deeds and engage in such things as cultivating the land even in times of great turmoil and under terrifying circumstances, such as the Day of Judgement. As the Prophet ﷺ once instructed, “If the Day of Judgement takes place [and you recognise the Event], while a man is holding a palm-tree seedling [to plant in the soil], let him, if he can, plant it.” (Musnad Ahmad: 12981) Islam stresses the importance of noble character among all members of the family, as the Prophet ﷺ said, “The best of you are those who treat their wives the best, and I am the best of you in this respect.” (Sunan At-Tirmidhee: 3895)

Because people’s love of wealth may get the better of them and prompt them to engage in forbidden practices, Islam stresses the importance of observing noble character which serves to put an end to such practices. The following are some examples of the points Islam stresses in this respect:

Islam advises workers to observe a number of ethical principles and standards, including the following:

There are no exceptions whatsoever when it comes to talking about good moral character in Islam. A Muslim is required to follow the dictates of Islamic law and observe noble character even in times of war and in difficult times, for there is no such thing in Islam as the end justifies the means. In other words, bad or unfair methods of doing something are by no means acceptable even if the result of that action is good or positive.
It is for this reason that Islam has laid down rules and criteria which govern Muslims’ behaviour even in times of war so that they would not succumb to fits of rage, driven by intolerance which feeds their anger and satisfies hatred and malicious and selfish tendencies.